Factor in a reliable Quad-Core processor and all the required RAM, and you’ll be able to play games usually destined for the desktop on your tablet.

With online providers like Steam boasting huge game libraries of blockbuster titles, your next tablet can transport you into all manner of video game adventures.

It’s very tempting to gaze upon a shiny new tablet and feel bowled over by incredible pixel stats, remarkably fast refresh rates and all those other essential tidbits that let you know you’re gaming sessions are going to look truly fantastic on it.

However, it’s not just dynamic displays that will redefine the way you play games on your tablet.

New achievements in sound design and audio playback mean you can enjoy an incredibly immerse experience when playing on your tablet.

Apple might have claimed market prominence years back with the introduction of the iPad and iPad Mini, but the trade-in tablets is a much more open landscape now, with various manufacturers producing premier devices.

With more devices and a wider range of manufacturers at work, you’ll also find yourself having to make a choice when picking an operating system.

You’ll want to read through the specifics of each one to see which operating system is a closer match to what you’re looking for, be it the everyday navigation of your tablet or the depth of gaming titles available for download.

Traditionally a good desktop PC relied on the GPU more than any other part to gauge its graphical ability. GPU options in tablets are very different than desktop computers.

As a rule of thumb, an integrated GPU won’t get you the highest quality graphics at high resolutions.

Yet they’ll play a lot of games. If you want to game non-mobile games without streaming, you’ll want a real dedicated GPU. Many games actually aren’t that intensive on the graphical capability of your device especially if they are designed for mobile.

Disk Space is incredibly important when selecting a tablet, especially if you plan to use media a lot or install many different apps and games on it initially. An OS can use up to 4GB alone so getting a tablet with 16GB might in all practicality only really have 12GB of usable space.

This can be taken up fairly quickly by some HD movies, normal apps, and larger games. Expandable Disk Space is ideal. Most Tablet Disk Space is designed to be Solid-State though, thus it is usually incredibly fast.

The processor is used heavily during non-gaming activities and several modern games (Such as Assassins Creed Origins and Final Fantasy VX) but in general this is more important for tasks such as video editing, photoshop, multitasking, and the occasional game.

Tablet processors are a bit hard to nail down in strength and power because they are usually unique to the manufacturer. Reading good reviews on processor strength can help you make a more informed decision.

Resolution is very important in making a game look great. Tablets have a hidden blessing though in that a lower resolution isn’t nearly as noticeable due to tablets being so small.

Resolution is measured in pixels (tiny dots that when put together to form an image) and pixel density is a really important aspect of the quality of a screen. When screens grow, they naturally have to increase the distance between pixels or make the pixels appear larger.

With a 4K television or a 1080p monitor, you have to sit a reasonable difference for optimal viewing (Where no pixels are seen but the image is clear and crisp). With a Tablet even, a resolution less than 1080p can look clear and crisp because the pixels aren’t enlarged.

For Gaming Tablets, though we do recommend never going below roughly 1800 X 1200 or something close to 1080p.

Besides resolution, gaming tablets can offer HDR, fantastic colour technology, and a higher refresh rate for smoother gameplay as well.

Screen size is important to consider but make sure that size isn’t confused with resolution or pixel density. In general, any tablet you get should be 1080p or above if you plan to use it for gaming. Screen Size usually boils down to preference and Tablet weight.

For reference, a small laptop screen (MacBook Air) is usually around 13-inches and a small tablet is usually around 8-inches, although exceptions exist such as full-scale desk-sized Tablets that are designed for architecture work.

Tablets often have a very flat sound and so most people opt to use high-quality Gaming headsets. Some though offer newer technology such as Dolby Atmos, 5.1 Sound quality, or other awesome audio fidelity improvements. Consider how often you’ll be using your Tablet for playing music or watching shows.

Some Tablets also double as cellular devices and if this is the case having a Sim Card Slot is very useful. If you live internationally or use a carrier that allows Sim Cards, then you can switch between cell service providers quite easily.

Battery life wavers between different tablets and what they are used for but expects around 10 or more hours for normal use. Intensive gaming can drain a battery quickly though.

Most opt to charge a device while gaming, but you have to be careful because some products will overheat in those circumstances lowering the overall lifespan of your device.

A practical consideration is the weight and size of your tablet. Often, they are designed to be thin, lightweight, and usable in a wide variety of environments.

Ultimately tablets are best when they are lighter than 4 pounds, but a really good tablet will usually be under two.

Most games for mobile have great touchscreen oriented controls but you may find you want a keyboard, mouse, or another similar styled peripheral. Some tablets have the USB support, Bluetooth, or whatever else is required to add these in.

It’s very important to consider how you can play your games when selecting a device. Steam Controllers are a great option if you need something to game with and are using a compatible tablet.

Tab 4 10 Plus emphasizes comfort over style. Its grey, soft-touch plastic makes the chassis easy to grip. However, due to the material, the case is a bit of a dust magnet. Unlike previous Lenovo tablets, this one does not include a kickstand, which I would have preferred for binge-watching. 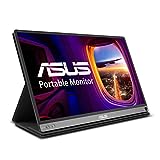 The Asus ZenPad 3S 10 has an iPad-like design, but not quite the quality. However it offers the flexibility of Android, the QHD screen is wonderful and strong audio, a decent amount of power and expandable storage sweeten the deal further. It’s just a shame the battery life isn’t better.

The only reason to buy an iPad mini is that you want a killer small tablet. There simply isn’t another tablet at this size that can compete: the Android tablet app ecosystem is far from great, small Android tablets usually have much slower processors and are really meant for watching videos anyway, and they’re just aren’t any good small Windows tablets aside from the Surface Go, which is considerably larger than the mini.

The iPad 9.7 is a great tablet for those that want just that: a tablet. It’s short of the power and performance of the iPad Pro range, but the addition of Apple Pencil compatibility and the A10 chipset brings it pretty close, and for a lot less cash.

It irks that you need to buy the Pencil separately to unlock a key feature, and design-wise we’re seeing something pretty old-school here… but for the price, it’s hard to criticize too much, and this is still one of the best tablets on the market. 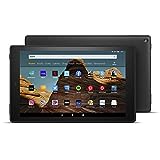 The Fire HD 10 fulfils Amazon’s simple plan for its tablets: Like other Fires, it’s an inexpensive way to consume your Amazon content. At first glance, it doesn’t appear to be the barn-burning deal that the Fire HD 8 is, but it still offers plenty of bang for your buck.

You get a sharp 1080p display, solid overall performance, and an easy-to-use UI that includes parental controls and Alexa voice assistant integration. Even though it’s the same hardware released in 2017, the Fire HD 10 simply remains the best 10-inch tablet for the price, earning it our Editors’ Choice.

The 12.3in screen is still crisp and beautiful, but the large bezels around the sides now look a little dated compared to the Surface Pro X, traditional laptops and mobile tablets. All versions are available in Microsoft’s platinum grey colour, while some are also available in black, which is definitely nicer 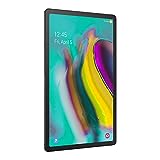 Samsung has excelled with the style of the Galaxy Tab S5e. It doesn’t break new ground — it’s a tablet, and therefore pretty fixed in appearance — but it does manage to get all the crucial individual aspects right.

The screen is the right size at 10.5-inches, the metal unibody weighs only 399 grams and is astonishingly light, while the 5.5mm thickness practically defies belief. Any thinner and lighter, and it’d be a piece of paper.

The iPad 10.2 (2019) is Apple’s refreshed and still-reasonably-priced iPad with a marginally bigger screen, Smart Keyboard Cover compatibility, and extra RAM. Even though it’s not very different from last year’s iPad 9.7, which now also runs iPad OS, this 7th-gen iPad continues to be brilliant at the basics.

The iPad Pro 11-inch is excellent, and easily the best tablet Apple has ever made – but you’ll need to know how to get the best out of it. It’s designed for the professional, and those in creative lines of work will love the power, precision and overall quality on offer. If you’re a ‘standard’ user, then you’ll be buying the iPad Pro as a luxury device and media powerhouse – and you’ll be paying for the privilege. 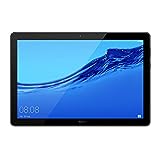 The 7″ Mediapad T3 7 16GB Tablet from Huawei is built from anodized aluminium for a light yet solid feel. It’s equipped with a 1.3 GHz MediaTek MT8127 quad-core processor, 1GB of RAM, integrated graphics, and 16GB of storage.

Its 7″ display features a 1024 x 600 resolution and also supports touch inputs. To connect to the Internet, the Mediapad T3 7 has 802.11a/b/g/n dual-band Wi-Fi, which lets you connect to the 5 GHz band for faster speeds. Other integrated features include 2MP front and rear cameras, so you can take pictures of what matters most. The operating system installed is Android 6.0 Marshmallow.

We have come to the end of this review. For gamers, a lagging device is a turn-off. These tablets have been extensively reviewed and will give you the best gaming experience. You should get one of them, as you will enjoy playing your heavy games.